What Are The Indications To Break The Bones During A Rhinoplasty? 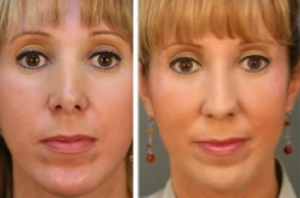 A patient at Carolina Facial Plastics before and after undergoing nose surgery.

If a nose has a deviation of the bony aspect of the nose to the left or right, then the bones will need to be fractured.  They are broken in a fashion to re-set the bones in a manner to straighten the nose.  This is common in patients that have had trauma to their nose or who have broken their nose in the past.

Another instance of when the nasal bones are broken is in noses that are wide.  During the fracturing of the bones, they are moved in a position to narrow the bony part of the nose.